Ban on Texting and Driving in Texas: What it Means and How it Affects You

On June 6, Texas Governor Abbott announced that House Bill 62 will be law beginning in September. Texting while driving can be given a $25-99 fine for first-time offenders, and repeat offenders can be penalized $100-200 for repeat offenders.

What is the Punishment for the New Texting and Driving Law?

If you cause an accident while and driving which results in the serious bodily injury of death of another person, you can be charged with a Class A misdemeanor punishable by jail sentence for a term not to exceed one year.and/or a fine not to exceed $4,000. To be honest, this sounds too lenient to me, but it is the current law.

This law applies to “reading, writing, or sending electronic messages” via a “wireless communication device.” One challenge will be proving that the mobile devices was being used to that effect. However, as a Fort Worth insurance agent who deals with accidents frequently, trust me; you do not want the headaches or devastation associated with an accident. I beg you not to text and drive or use apps on your phone while driving!

Any accident can result in an increase in your Fort Worth auto insurance premiums even if you do not receive a citation for texting and driving. 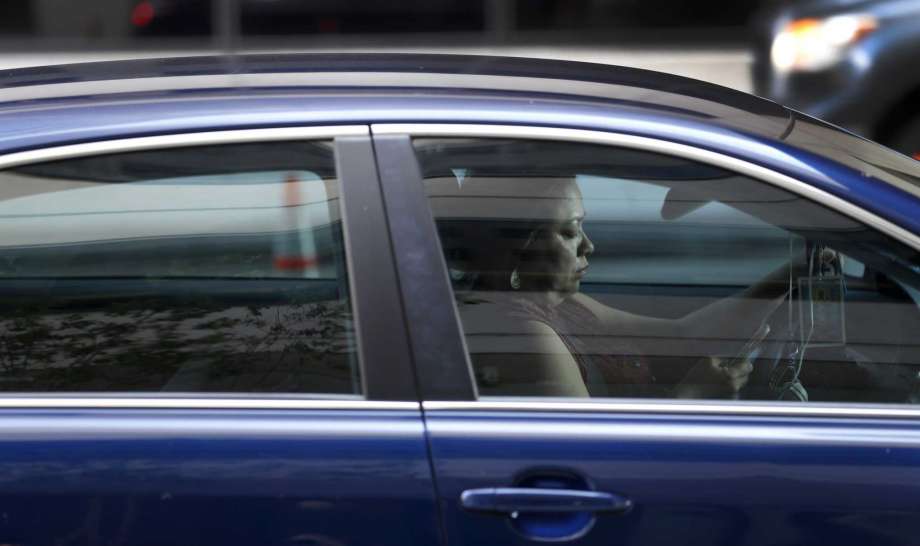 Meanwhile, 45 cities within Texas currently have stricter laws in place that enforce hands-free rules for mobile phone usage. These could be in flux, however. Gov. Abbott urged lawmakers to convene in special session that began on July 18. The Governor seeks broader legislation which would override city ordinances that ban mobile phone use beyond texting while driving. Complaining of a “patchwork quilt of regulations that dictate driving practices in Texas,” Abbott called for a measure that would overrule local ordinances that go beyond the statewide texting ban. However, many Texas congressional representatives say they will not honor this request.

While I’m glad to see Texas has finally passed such legislation along with 46 other states in banning texting while driving, the nullification of existing hands-free laws is concerning. For now, the following cities have some additional forms of cellphone restrictions and we’ll see whether they are overridden by a new state law.

Texas Is Late to the No Texting and Driving Law

The Texas Legislature has actually passed a bill that prohibits texting while driving three separate times. It only received gubernatorial signature on this versions. The first bill was in 2011. It was vetoed by Gov. Rick Perry. Another bill was placed into circulation for passage in 2013. However, it never reached the floor as the Senate Transportation Committee refused to allow a vote. In 2015, another bill HB 80 was introduced. This Fort Worth Star Telegram article provides the reason that bill didn’t clear the Senate.

What is Already Restricted in Mobile Phone and Driving Use?

There are some laws already on the Texas books. You can’t have a mobile phone in your hand for talking, texting or anything else in as school zone. Bus drivers and new teen drivers are also prohibited from texting or making calls even if the electronic device is hands-free. But we’ve all been by the person who swerves towards us who isn’t in that category.

In the world of insurance we know this: If you text and drive you are 23 times as likely to have an accident.  In one year, over 109,000 accidents tallied with distracted driving as the cause of the wreck. This accidents caused 450+ fataliites and 3,000+ severe injuries.

Whether you get caught or not is not the question. Using your phone while driving in Fort Worth or anyone for that matter is hazard to yourself and others.

Insurance Industry Supports this Ban on Texting and Further Laws

The vice president, state government relations for the Property Casualty Insurers Association of America (PCI), Joe Woods, made remarks about HB62 stating it “will save lives on Texas roads. By making texting while driving a primary offense, law enforcement can pull over drivers who are seen using their devices while driving. This law will now hold people accountable for their actions and hopefully prevent more fatal crashes.”

The dramatic growth of accidents in the past two years could impact your insurance costs even if you don’t text and drive yourself. The recent uptick in auto accidents caused by distracted driving comes with rising repair, labor, medical, and rental costs associated with accidents.

Woods continues, “We need to change driver behavior, and we believe that toughening the distracted driving laws will save lives by encouraging people to think twice about picking up the phone while driving.”

Why You Should be an Advocate

Even though you are an insider in the industry, as stated above, it does benefit your pocket book directly to kindly persuade others not to text and drive either. (Note the keyword, kindly and in a civilized manner. There is no sense in causing a road rage wreck in an attempt to try to prevent a wreck).

Don’t Just Listen to Me

Here is a powerful dialogue between unsuspecting texting drivers and a victim of distracted driving. You might need tissues.

What Individual Cities Are Doing

I applaud the 100+ Texas cities which have some form of laws on the books to help eliminate distracted driving. Some already had no texting and driving laws while others have outright bans on using mobile electronic devices while driving that aren’t hands free.

A new law won’t put an end to texting while driving, no more than DWI laws prevent drunk driving accidents or speed limits keeps people under that limit.

But the Lone Star State is sending the right message to all drivers: Texting while driving will no longer be tolerated anywhere in Texas.